With a recent update Microsoft restored the slide show function in Windows Live SkyDrive. There were some nice improvements and some other interesting changes. One of my readers complaint that the image quality in the SkyDrive slide show had gone down.

Images will be scaled to fit the browser window, of course, but when the window is larger than the original photo you would expect to see it reproduced in its full resolution and quality. When the original image is smaller than the window, it is shown in its original size in most photo sharing slide shows, so there is an expectation that it will look just as good as the photo before it was uploaded. This is not the case for most services.

I undertook an experiment: 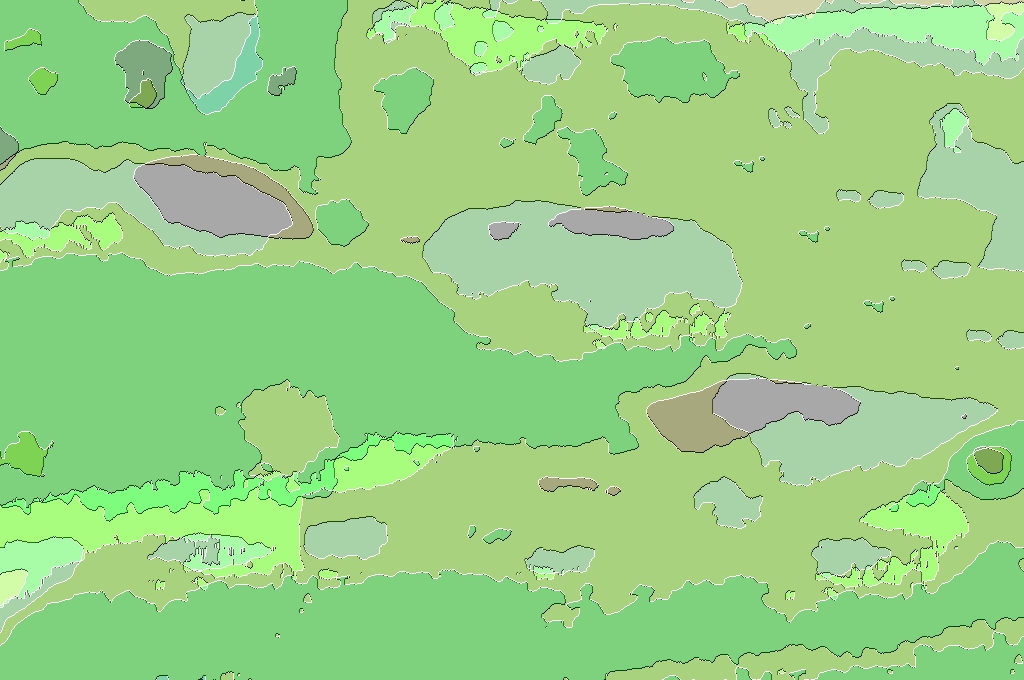 I uploaded a test image to several services and compared the reproduction quality. The services were Flickr, Picasaweb, SkyDrive, and Shutterfly. The test image was an “abstract” with uniform areas that show JPG artifacts very readily.  You can see the image here, click on it to see the original as stored on SkyDrive.

So what were the results?

Below are enlarged clips from the same part of the image (upper left). The leftmost image is the original, there is a flat colored area with a one-pixel border on another flat area. The next one shows how this area appears in a Flickr slide show, there are some hardly-noticeable artifacts. The third image is from Picasaweb, the image shows no detectable deterioration. This is followed by a clip from a SkyDrive slide show. The artifacts here are about as they are in an 80% quality JPG compressed image. The last clip is from Shutterfly. Shutterfly scales the image to the browser window, increasing the size beyond the original. This clip is from a window which showed the image in approximately the original size, but deterioration can be detected in smaller windows as well.

So there you have it. Picasaweb is best, followed by Flickr, SkyDrive, and Shutterfly.

Compressing the image to lower JPG quality makes the download time faster, you get a quicker, smoother show. This test image, in 100% quality JPG form, is 356 kB in size, the 80% quality JPG version takes up only 122 kB. So the lower quality image can be downloaded in just a third of the time – enough justification for the recompression.

For most of us, even the high-compression Shutterfly presentation is perfectly acceptable. Click here to see the Shutterfly slide show. However, discerning connoisseurs may wish to use Google Picasaweb until Microsoft decides “anything they can do, we can do too”.

Lending a helping hand where I can. . . My motto: If it is worth doing, it is worth doing well.
View all posts by Ludwig →
This entry was posted in Digital Photos, Photos, SkyDrive, Windows Live Services and tagged digital photography, Flickr, image quality, JPG compression, photo sharing, Photography, Picasaweb, Shutterfly, SkyDrive, slide show, Windows Live SkyDrive. Bookmark the permalink.